Golden Globes 2020: The Best Of The Red Carpet 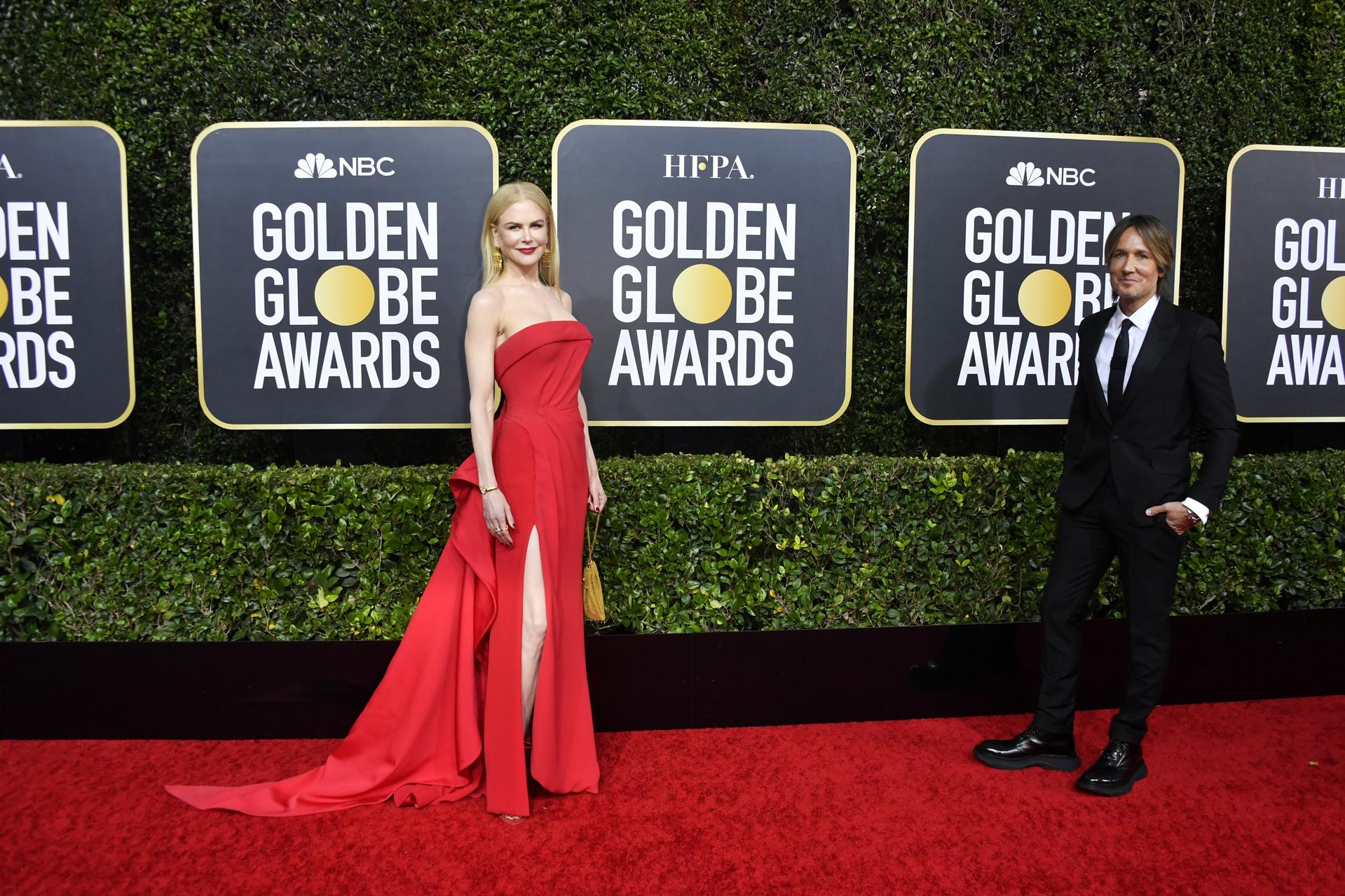 The Golden Globe Awards is the first big black-tie event of 2020, but this year it was women who took the dress code seriously. Among the tuxedoed A-listers on the 2020 red carpet were Globes favorites Awkwafina (in Dior), Fleabag star Phoebe Waller-Bridge, Kerry Washington (who lost her tuxedo shirt), and Portia de Rossi and Ellen DeGeneres. (Meanwhile British comedian Ricky Gervais, who is hosting the show for the fifth time, forgot to bring his tie.)

Jumpsuits were also a popular pick, with Margot Robbie (in Chanel), Zoey Deutch (in Fendi), and SNL's Kate McKinnon all in the chic cut.

And red on red was all the rage, with Nicole Kidman, Sofia Vergara (in Dolce & Gabbana), Scarlett Johansson, Busy Philipps, and Helen Mirren all dazzling in crimson shades.

Statement sleeves were also prominent on the star-studded catwalk, with Dakota Fanning (in a whimsical lavender dress), Cate Blanchett (in a pastel yellow gown with a diamond-studded bodice by Mary Katrantzou), Jodie Comer (in a satin emerald dress) and Olivia Colman (in a modest red number) all opting for an artful silhouette with puffed shoulders.

But plenty of leading ladies chose to bare their shoulders on the red carpet. While Greta Gerwig (in a bespoke gown by Proenza Schouler); Priyanka Chopra (in a striking pink ensemble); and Cynthia Erivo (in a custom off-shoulder dress by Thom Browne) opted for classic off-shoulder looks, Renée Zellweger (in Armani), Ana de Armas (in custom Ralph & Russo), and Jennifer Aniston (in Dior Haute Couture) stunned in spectacular strapless ensembles.

Many actors—including Eddie Murphy, Rami Malek, and Jason Momoa—looked dapper in velvet jackets of various hues, while Pierce Brosnan (whose sons Dylan and Paris are this year’s Golden Globes Ambassadors) was handsome in head-to-toe navy.

But by far the most memorable men’s look of the evening belonged to Billy Porter, who slayed in an all-white ensemble by Alex Vinash, featuring a custom jacket with a feathery train that took three months to create.